We all knew it will come, since there was an anime announced to be in the works some time ago. And here it is. Kenja no Deshi wo Nanoru Kenja's both the Light Novel and the Comic have been licensed, according to a tweet from the Japanese publisher, Micro Magazine.

As such, I am fulfilling my word and as I was declaring on the "ABOUT" page1Content will be removed upon request from copyright holders, author, or when the official English version of the books is announced and without any delay., I am taking the content down.

Now, enough with the stiff mood. It's good news, since Kenja will be easily available for purchase and in English to boot. Let's just hope for quality translations and adaptation.

Make sure to support publishers, authors and everyone involved. Buy those books, it's not like they're especially expensive.

PS: Thanks to No Name for swift delivery of news.
PS2: I'll probably drop a news in some time with details on the website's direction from now on. Still need to work several things out. 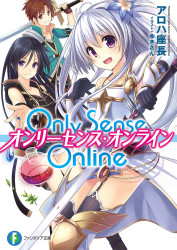 So yeah. It's been a long time, everyone.

I did not have much time up until now, and still don't have as much time as I used to (you can't win against age), but over the many months since last release I managed to stock up on translations, doing it in between real work.

All right, that should be enough for the introduction.

I have two announcements today. One, is sad news for many (probably the most) of readers visiting this site. Some of you might remember my past posts regarding OSO and my motivation regarding its translations (mainly this one).

...Yeah, what do I say... OSO has gone boring for me. While I still enjoy volumes 1 to 10 of it, anything beyond that feels to me like it's kind of subpar. I bought all volumes of OSO up to Vol.18, but there isn't much of interesting stuff happening in there. If anything, it feels like author is bullying Yun in every single volume by giving him the worst abilities and rewards compared to other characters in the party, and adding BL situations everywhere to the point it's no longer funny. It's as if he's dosing fun with a drip, and the writing style is less inspired and feels more like a filler compared to how it used to be. Plus, author makes some outrageous decisions regarding the story, such as moving the "town defense" event that all readers have been waiting for... to Silver Muse - the side story series of which main character is Myu.

Well, this is purely my personal opinion on how the novel feels ahead of here, but this should tell you something about how I feel about OSO above vol 10 now. It's gotten boring to me to the point I hardly remember any content past Vol.11.

I do not intend to torture myself translating something that bores me, and as such - as much as I feel apologetic to all you readers who love OSO - I will be dropping the series at Volume 11.

Over last half a year there were a few people asking me whether I will continue translating it because they are interested in translating OSO, and I did tell them ahead of time that I intend to end on volume 11. There is hope~. 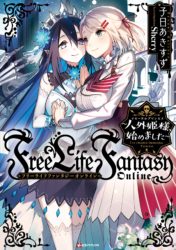 This is about it for the bad and sad news. To balance it, I have plenty of good news to share with everyone.

First of all, I pick up a replacement series for OSO. And fitting series to be a replacement it is! FLFO (Free Life Fantasy Online) is novel of the same genre and has same story foundations, both can be extremely similar in many places (FLFO being based on the same original novel, and also based on OSO itself to an extent).

This one also features crafting, combat and honobono adventures and if you liked OSO, then this will be right up your valley. While this novel does not feature gender-bendered character, but a female one - it's a much wilder ride than OSO.

Also, I will be translating the web novel version of it. There's plenty of reasons for it, but yeah. WN version isn't much different compared to light novel version of this one. Illustrations? Buy the book to see them~ support the author~. There are convenient links for that on the series page.

In any case, give FLFO a try. It's easily capable of serving as a replacement for OSO, and in my opinion it's a much better and more fun read.

On, to the release talk. I have prepared a multi-release including Kenja, OSO volume 11 and FLFO. There are 4 chapters of Kenja, 2 chapters of OSO and... 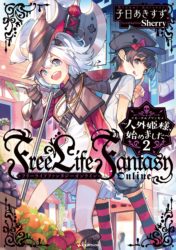 have a enormous stock of FLFO chapters, which I plan to release over half a year of regular releases (probably 2 chapters a week?). I will put up 6 chapters of FLFO to start with, then do two FLFO chapter releases a week. There should be enough of them for half a year or longer.

And it's not like FLFO chapters are tiny. FLFO has one of the biggest webnovel chapters among all webnovels I know. Especially the latter ones.

So, for the actual release:

All right, this would be about it for now. It's a really long post so I might have forgotten to mention something. If so, I will write it in future posts.

The FLFO release schedule... I will announce on what weekdays I will be releasing them. It will be most likely Mondays and Fridays.

Anyway. Sorry guys and girls for dropping OSO, but it's as I mentioned above. If you feel at a loss, try FLFO.

PS: Since I have a huge stock of FLFO, I will focus on releasing that one and Kenja translations are stalled for now.

Probably soon. The release post will feature both good and bad news. 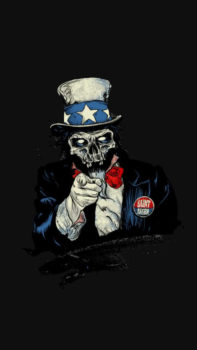 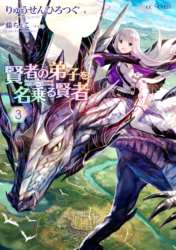 To put it short, a small update on the current status.

I'm gathering content for releasing right now, and there should be a mass release fest around around late April/May.

Let's just say that at this point I already have enough translations done to make it the biggest release I've ever made. The release will include remaining chapters of Kenja vol 3, Only Sense Online 11, and more.

With very high possibility, the release will be split into half a year or more of regular releases. So, that's that. I plan to get some more translations done before I move the release machine, so look forward to it.