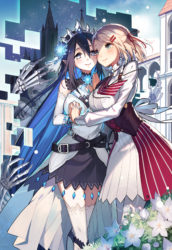 While Anastasia does not craft as much as Yun does and treats it as a hobby, mentioning that she is mainly a combat-main player, I think that crafting in FLFO should satisfy some of the WANT for crafting that is left behind by OSO.

Also, cute rabbit-eared girl introduced. Her illustration? There is one in the novel.

Make sure to support the author and the publisher if possible, also visit author's narou page~. 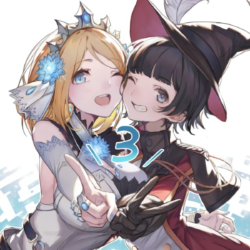 Planets have aligned in perfect positions. A perfect chapter has come by for releasing on Wednesday.

...In any case, a board chapter. These are quite frequent and show the story from a different perspective.

Support author and publisher etc. Make sure to visit the novel's narou page.

Also: considering translating some of Antimagic's Another Mission if I have time. Probably Ikaruga x Takeru past story if I actually do it, since it's the most relevant one. 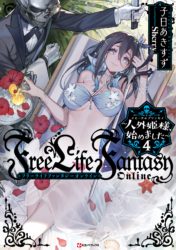 Not much to write this time.

Make sure to support the author and the publisher if possible, also visit author's narou page~.

Let's start with putting up a link to the new chapter.

Next, I will tackle a single worry that I saw from some people commenting which regards FLFO. To be precise: "Isn't Kotone/Anastasia overpowered?"

The answer is, yes and no. Mostly no. She is and will be powerful, among very top players in FLFO, but is not overpowered in most aspects of the game. While she certainly receives some mid-game Skills early on thanks to finding her unique race, what makes her powerful is her own superior abilities as a player and her intelligence, allowing her to draw 100% out of Skills she acquired.

She receives some sweet equipment, but it also comes with drawbacks that she can do nothing about. This is especially apparent around level 25~30 when her equipment is actually underpowered compared to that of other players and she has no control/choice over effects/bonuses she receives from it.

She is not "overpowered" as she can not really go beyond her own level range. She never goes "ahead" of other top players when it comes to progression or new maps. In actuality, her progression compared to other top players, might be even slower than that of Yun's in many cases (since he was pretty much carried by Taku/Myu/Sei for free, or finds new areas thanks to pure luck (yeah rite)).

So yeah. Kotone/Anastasia will be powerful, but not really overpowered. Well, not for the most of the time (there are some aspects of her build that can stand out as overpowered in some particular cases, but let's not spoil).

In any case, the main attraction of the novel is FUN. Enjoy new mechanics, new Skills, happenings, gags and memes from the mememaster girl.

PS: Make sure to visit the webnovel page for the FLFO's webnovel. Give it a like if you can.

By the way, it appears that Kenja no Deshi's anime was announced? Well, that was sudden. For the time being I will maintain the status of "stalled" on Kenja no Deshi - there is always a possibility of some publisher picking it up, in which case I will have to take it down. Translating it in such situation wouldn't be the smartest choice.

So, like I mentioned in previous post. From here on I will be releasing FLFO from the stock (got several dozens of chapters) over next several months up to half a year depending on the pace.

For the time being the release days will be Monday and Friday, maybe sometimes Wednesday depending on my mood and the chapter content itself.

I'm glad that the reaction toward FLFO is good. So yeah, more of cute Kotone/Anastasia for you to read today.

I was supposed to write something, but I forgot what was it.

PS: If you made a comment and don't see it appearing on the blog, it must be pending for approval (first time an IP or mail makes a comment, they are stopped at approval). So don't worry and just wait until I wake up to approve it (or some other passing-by registered member/editor).

PS2: Forgot a direct link. Here. Also, make sure to support the author/publisher by purchasing the book, or at least giving it a good evaluation on webnovel's page on syosetsu.