I've been busy with work, and with other stuff taking my attention away. Still busy, so here we go with a small but lewd? chapter. I so wanna take her place, Lily's, that is.

Make sure to support the author and the publisher.

It has been over a month since my last post where I spoke of my current status, and explained why I was having hard time to find motivation to translate OSO. I'm not going to repeat myself and explain it again.

I will start with the content of the announcement after a short explanation. So, about a week to ten days after the last post I made, I decided that "I might as well" try something else, and to ride the wave of my current light novel interest.

Yes. I decided to pick up and translate Kenja no Deshi wo Nanoru Kenja and for last three weeks, with a break for work I continued to translate. And now, I have lots and lots of chapters to release.

I'll say it again, I have LOTS OF CHAPTERS TO RELEASE. Without doubt this is the most of translation content I have ever accumulated at once.

Which I will start releasing now. However, I will not release them all at once. This is where the release marathon from the post title comes into the play. I have the chapters ready, but they could use some more editing by me anyway, so I decided to release them one by one as I finish up edits. TLDR: they will be released hourly or something like that. Yup, hourly releases, yaay. Edit: this is more work than I thought, it might not be hourly :|. Still, there is enough of releases for days. And I need sleep, too.

I will not put up links for the chapters in this post, it's a pain to put them up on the series page already - that is just how many of them there are.

For the two last issues: I'm sure some of you might have hoped that if I pick Kenja up, I will continue from where other translators ended. NOPE. I'm not interested in continuing with someone else's content as basis. Still, I think you should not be disappointed even if you only want new content - I assure you that THERE IS new, yet-untranslated content within the chapters I did.

And last, in regards to OSO. I'm not forgetting about it. In fact, my translation efforts on Kenja over the last three and a half week were not in vain. My overall translation motivation and rusty gears moved, and I do feel better about translating OSO than I did a month ago. With that said, I won't promise you a chapter right away.

I will now end this lengthy post (I said I'll try to keep it short... or did I) with the link to Kenja no Deshi series page. You can also find it on the navigation menu.

Edit: decided to list out released chapters here as well:

PS: I have been tweaking the site a lot today since it has been reeeeaaally out of date in many aspects, so if there are any problems - tell me.

PS2: I will make a post once I finish dumping my accumulated translations. 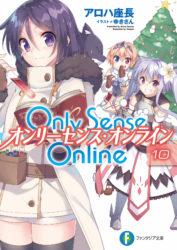 It's been a while since I wrote anything on the *blog*. Well, that's how just how things are.4Testing new note plugin

So, since I haven't given any word of myself or got anything to release yet (been translating but very slowly, so I don't have a chapter to release) I might as well give write something.

To put it shortly: there are two factors behind why there are no releases.

One is work, I've been really busy until last month. I've got less work now, but I'm busy - as always. I know I repeat this all the time, but whenever I mention I'm busy with work I'm always completely honest. Still busyness with work alone wouldn't be enough to stop me from translating stuff...

I still love OSO and AMA and I buy every volume of OSO that comes out (I have them all and will be buying next one that comes out this week), but the interest that drove me to translate like mad is mostly extinguished. I don't know whether it is because the story has grown repetitive and not as entertaining, or whether it is because my tastes changed.

One of the reasons might be the fact that OSO's author has been putting all his recent efforts into his other novel, Monster Factory (there hasn't been new OSO volume for half a year now, but the new novel has like 6 or 7 volumes already), but I should not blame this on author.

To put it into comparison, I've recently (and I mean recently, last week or so) started reading Kenja no Deshi wo Nanoru Kenja, and the story sucked me in completely to the point I'm rereading it again now. At some point of reading Nanoru Kenja I caught myself thinking "oh, I wanna translate it" which incredibly contrasted with my "recent" lack of interest on translating OSO. This clear difference in the level of my own interest in Nanoru Kenja and OSO made me realize why I was so apathetic when it comes to translating OSO for the last year.

Well, that's how it is. A combination of real life busyness and gradual loss of interest in OSO's story for multiple reasons.

Still, like I previously said I haven't decided to drop OSO's translations, at least not at this point. I do wait and honestly hope I will find a renewed interest in the story that would fire me up to translating it.

A teaser project -- probably not what people were expecting.

This is still somewhat in the experimental/prototyping stage. Good or bad, I welcome readers to leave a comment.

It's sort of genderbender, but also not quite. I don't want to be caught in that maze of tropes and ingrained expectations again.